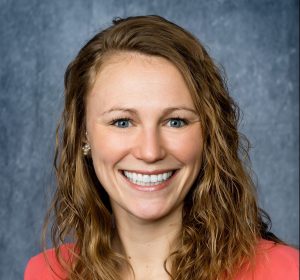 GWS has grown from an idea to a reality, all with the help of Amanda Streicher. Amanda served as the first organization Chair, and held that role for 3 years. During that time, a business plan, marketing plan, and multiple committees were established. With her help, GWS has grown to a group of volunteers serving multiple committees, with regular corporate sponsors, recognition within CSWEA, and a clear path ahead to move forward with accomplishing our goal of improving sanitation in the developing world. She has helped develop relationships with important members of AyA (the Costa Rican Water/Wastewater authority) and been an advocate for the education program that now has taught more than 1,000 students about wastewater. Though her time as chair is over, she is excited to remain involved with the organization and help us to continue to grow and improve. GWS spoke with her about how she got involved with GWS in the first place, and what she feels like has been the highlight of her time as chair. Read on to learn more….

GWS: Amanda, you’ve basically been involved with GWS since the beginning. Can you tell me a little bit about what motivated you to get involved? 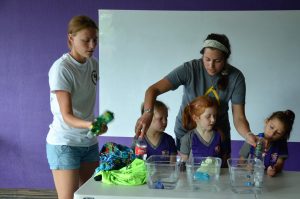 Amanda: Well.. A free trip to Costa Rica! I’m only half kidding.. it started shortly after graduation. I graduated from MSOE in 2013 with my Bachelor’s in Architectural Engineering and my Master’s in Environmental Engineering. After graduation I began working for a mechanical contractor. I received an e-mail from Doug Nelson, who was my thesis advisor for my graduate program, that had a flyer from CSWEA attached with information about GWS. They were looking for applications from people to come on a free trip to Costa Rica to help collect data for the first GWS student design competition. I had participated in the CSWEA student design competition before the GWS category had been established but I thought it would be great to be on the other side of that, especially if it meant I could go to Costa Rica. I still had my CSWEA membership since I had previously taken part in the competition, so I applied. It turns out I was the second choice! I was selected because their first choice declined… I’d like to think Mohammed (Haque) and Manuel (de los Santos) were happy to be stuck with me in the end.

GWS: I’m definitely glad they got stuck with you! That’s a great story to look back on. I’m sure you never imagined that you would become a leader in the organization at that point. What did you do to remain involved when you got back from your trip?

Amanda: After the trip I decided I wanted to stay involved. Mohammed referred me to a few different companies that are actively involved in CSWEA that would support my involvement and I ended up switching careers. I was hired by Baxter and Woodman (B&W) at the end of 2014. This was a great career move for me as well because it is in line with my interests.

GWS: Wow, I didn’t realize you started at B&W after GWS. So what was your next move with GWS?

Amanda: The organization was still brand new at this point. We were working on putting together the requirements for the student design competition, and getting more schools involved. We were also trying to get more people involved in general. After the first design competition we began working on establishing our business plan with long-term and short-term goals. Another important aspect of the organization that we started around that time was the education campaign. We realized on the trips that we needed both the school children and the communities to support our efforts and understand how and why these projects were being completed. I helped develop presentations for children and community members that we gave on the August 2015 trip, and have improved and continued to present every August to more schools and communities. We also began developing relationships in Costa Rica with officials who were interested in our mission and had the power and funding available to help realize our goals. We partnered with an engineering firm in Costa Rica to help us develop plans to their specific standards and regulations.

GWS: Sounds like the first few years there was a lot of behind the scenes work being done. What do you feel is your greatest impact over the past 3 years?

Amanda: That’s tough. I think one of my biggest impacts was the organization I brought to the table. I helped keep everything in order and make sure that everything that we said we were going to do got done. Another big impact I think I had was growth. I worked very hard to grow the organization. We went from 4 people after the first trip to over 100 that are interested. I’m very proud of that. Another thing I am proud of is what we have done with our education program. It’s been great working with the kids and helping them to realize that they have an opportunity to help. I think the biggest impact GWS has had is the work done with AyA. The Costa Rican government was previously developing Wastewater Master Plan for the country and I think the work we are doing has really helped to move that along. It was approved in 2015 and we are partnered with them to help them realize the goals in the Master Plan by 2045.

GWS: What do you hope to see the organization accomplish in the next 5 years?

Amanda: I would like a regular operator training schedule like what we are planning for the August trip. I also hope the organization will get more involved in the technical side of things and be used as a resource to answer operator questions. I would like to see a project break ground. It has been tough to get this far without a project in the ground but we are learning that things work very different in Costa Rica than they do here. We are learning the ways around a new country, but we have developed the relationships we need to start seeing great progress. I also hope our education program continues to grow. I would love to work in more high schools with students who are trying to make decisions about college and careers. Another goal I have is to start some conversations in the Dominican Republic. That is the next target area for GWS so I’m hoping within 5 years we will be big enough and have the resources to start making that move. If the past 5 years momentum continues, I believe it’s possible.

GWS: Has GWS helped you professionally at all?

Amanda: Definitely. I think it has helped my management skills, my ability to balance a lot of things at once and has helped me to be better at making sure things get done right and on time. It also has changed my perspective, so I can see the broad picture better, as well as the small steps to get there.

GWS: What is your favorite part of being involved with GWS?

Amanda: I really feel like I can make an impact and improve lives. This is beyond just meeting a stricter permit limit. It is the difference between cloudy grey water in the streets and clean streets with happy healthy residents. It helps remind me how important the work I am doing here is as well and makes me really appreciate the infrastructure we have here.

GWS: Thanks so much Amanda! We look forward to working with you in the coming years to make our goals a reality.